Udine, Italy will be host city for the last FIBA event of the summer- U16 European championship division A. Competition starts on 9th August and it will last until 17th August.

Serbia will play in group D with three other countries: Greece, Bosnia and Herzegovina and France.

Reports on each one of the 12 players from Serbian roster are on the lines below: 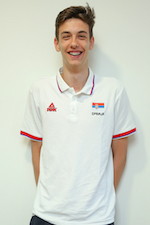 Main player of this team, without any doubts. 6’8 scoring first wing came to Partizan on half of the past season but still hasn’t played an official game for the team. Radovanović is a very good sized lefty who has great length. His biggest asset is natural athleticism he has. Long step and very good bounce help him to run the floor well and score in transition or over defenders. Ball handling and shot motion are things in process and something he should work on. However, has versatile scoring abilities, even though he finishes almost only with left hand. Good defender, active on help side, uses his length and above average athletic leap to block shots in the paint. Plays with decent level of energy. 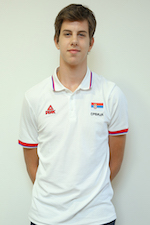 Belić was a total sleeper before start of the previous season. 6’7 forward is playing for Belgrade side- Zitko Basket in lower leagues. Had many double digit games for senior team in 3rd division as a 15 year old kid. His biggest strength is versatile scoring ability. Can play in and out. Inside the paint uses his natural body strength and size to post up smaller defenders. Outside relies mostly on improving jumper and right hand drives. Has good feeling for the game. Improved himself slightly as a passer and ball handler, too. Still not athletic enough, lacks of quickness and agility. Average defender on the low post. 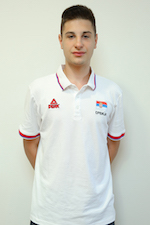 Petrović is an undersized PG who played his first season with Partizan last year averaging 9.6ppg and 3apg as a backup PG. He is a very crafty ball handler who can create equally well for himself and his teammates. Has good feeling for the game mixed with solid level of basketball IQ. Decision making could be better, though, occasionally tries too tough moves. Markable perimeter shooter, can score off the bounce, but it still has room to be more constant. Aggressive on ball defender.

Regardless being year younger than all other players on this team, Milijašević should have important role in this team. 6’2 PG won MVP award of U15 national final four championship where he led his team- Partizan to a gold medal. Milijašević is a very intelligent and creative primary ball handler with elite level of ball handling skills. Body is a little bit pre mature which helps him stand contact easier with older guys. Became more reliable long range shooter, so he can play as a SG if needed. Has very high IQ and good decision making ability. Still needs work on PnR game. Questionable if he can be good enough defender on EC level. 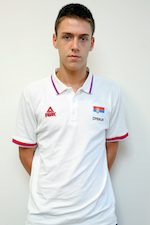 Stefanović made his name known when became the youngest player to play in KLS league ever. He is an early bloomer who can play both as a PG and SG. Plays with good motor and high level of energy and toughness. Not the most creative ball handler, but able to drive straight line when attacking from 3p line. Shows no fear to finish through contact or over bigs. Finishes mainly with stronger hand. Just an average shooter at the moment. Fair defender, could be more aggressive. Should play off the bench as a SG on the championship. 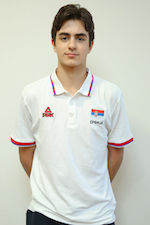 Obradović is a very explossive guard who played last season for KK Zemun scoring 13.6ppg in Serbian U17 league. His biggest asset currently is his above average athleticism. Has very quick legs, runs the floor well, has good vertical leap. Scores mainly when drives from perimeter, has long and quick enough first step to blow by opponents on this stage. Lacks of creativity, though, not able to play as a primary ball handler. Outside shot is not there yet, can score from time to time, but lacks of consistency. 6’3 guard can be very aggressive on ball defender. Just like Stefanović, will play off the bench. 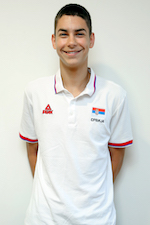 Šaranović was a bit of a sleeper throughout the season. Didn’t have major role on the court for KK Crvena Zvezda so he averages are only 4.5ppg and 3.3rpg in U17 league. 6’4 wing is a late bloomer who still hasn’t developed yet body wise. Has very solid size mixed with nice length. Has good feeling for the game and space on the court. Good baseline cutter. Decent spot up shooter. Plays with good energy, specially in defense. Can be markable defender both on and off the ball. 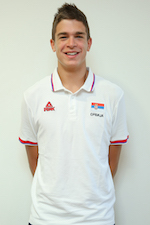 Đurišić was a go to player for Mega Bemax U15 team where he did a bit of everything on the court. Can play both as a SF and PF. Has good size, stands at 6’7 currently. Body is on proper level for a 2004. born kid. Improved his shot motion and accuracy last year, along with ball handling skills. Can drive by slower defenders from perimeter thanks to long first step. Inside the paint uses his nice post skillset mixed with ability to score above the rim. Needs work on left hand finishing, though. Body language is a problem occasionally, but it shouldn’t be a major one on this stage. Regardless being underaged, should have very important role for Serbian NT. 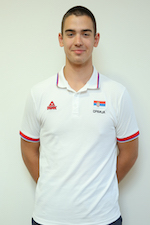 Branković is an undersized big guy with tremendeous feeling for the game. In limited time on the court, for Crvena Zvezda U17 team, he averaged 7.6ppg and 5.8rpg this year. 6’6 center has very soft touch around the rim with either hand. Good passing ability for a big guy and nice skillset make him more versatile player on the low post. Fair close and mid range shooter, as well. Has problems with his body, has to lose weight in order to become quicker and more athletic. Defensively, good on ball defender down low, but could be more active off the help side. Unable to switch with guards. 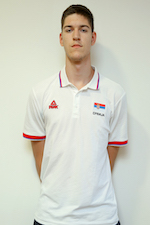 Dabović is an elite sized big guy, standing at 6’11 at age of 16. Played both for Dynamic U17 and U19 teams but still didn’t have major role on the court. He is very mobile for his size, runs the floor well. Has good frame with improving body strength. Can score inside the paint, mostly with stronger- left hand thanks to his great size and solid touch around the rim. Showed he can be above average close range hitter in future. Coordination and footwork are things in process. Size helps him being a good defender in the paint and rim protector. 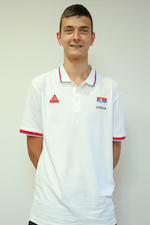 Another 6’10+ big guy in Serbian backcourt. Just like Dabović, size is his biggest asset currently. Basketball skills and feeling for the game are still things in long term process, even though he showed slight improvement in terms of skillset and scoring abilities. Uses his excellent size to score inside the paint. Body needs work, too, very skinny at the moment so he lacks of strength. Good shot blocker and defender in the paint. Should give his contribution to the team coming off the bench on upcoming EC. 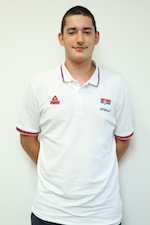 Bošković is a bit undersized forward from Igokea. He is a very efficient scorer from the low post thanks to mixture of solid enough post skillset and very soft touch inside the paint and around the rim. Has ability to stretch the floor, range is still limited to mid range, barely goes behind the arc currently. Has natural body strength, even though body still has bits of baby fat left. Feels the game well, brings good decisions with the ball in his hands. Good passer for his size and position. Needs work on left hand finishing. Could be more athletic in order to be quicker  on his legs and better defender overall.